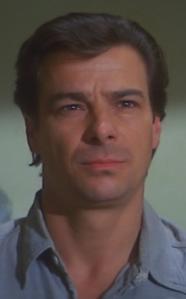 Francis Darwin Solomon (December 9, 1937 – June 1, 1998) was an American actor known professionally as Darwin Joston (sometimes credited as Darwin Jostin during the early years of his career). Joston began his career as a New York stage actor, and he appeared in many popular television shows during the 1960s, early 1970s, and mid-1980s, but he is best known for his performances in independent films that later achieved cult status, particularly Assault on Precinct 13.

Description above from the Wikipedia article Darwin Joston, licensed under CC-BY-SA, full list of contributors on Wikipedia
1976 - Assault on Precinct 13