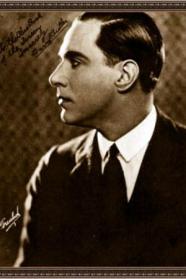 He was born in San Francisco to an actress and a theater stage manager. His first acting roles were playing extras in stage plays. He later appeared in two D.W. Griffith films, The Girl Who Stayed Home and The Greatest Thing in Life. He also appeared in the 1927 Academy-award winning film 7th Heaven. The same year he made his directorial debut with High School Hero, a comedy for Fox. During Butler's nine-year tenure at Fox, he directed over thirty films, including four Shirley Temple vehicles. Butler's last film for Fox, Kentucky, won Walter Brennan an Academy Award for Best Supporting Actor. He then worked with Bing Crosby in Road to Morocco and If I Had My Way. He also directed Doris Day in Tea For Two, By the Light of the Silvery Moon, Lullaby of Broadway, and Calamity Jane. During the late 50s and 1960s Butler directed primarily television episodes, mainly for Leave It To Beaver and Wagon Train. He died in Arcadia, California from congestive heart failure at the age of 85.

Description above from the Wikipedia article David Butler, licensed under CC-BY-SA, full list of contributors on Wikipedia.​
2018 - The Forgiven