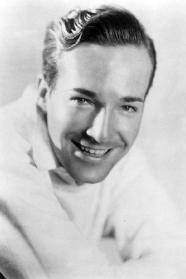 Born Rauff de Ryther Daun Acklom in Halifax, Nova Scotia, Manners came to Hollywood at the beginning of the talking films revolution after studying acting with Eva Le Gallienne, and acting on stage with Helen Hayes. His family moved to New York City in 1907 and to Hastings-on-Hudson, New York in 1922.

In spite of his father's protestations of his thespian ambitions and his even having studied forestry (which bored him) at the University of Toronto, Manners resolutely pursued a stage career and appeared in both Broadway and out-of-town productions, one of which induced Le Gallienne to comment that he was "a very bad actor."