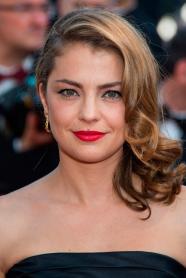 Dolores Fonzi (born 19 July 1978) is an Argentine TV and film actress active since 1997. Several of her films have received critical acclaim such as Plata quemada (2000), Esperando al mesías (2000), El Fondo del mar (2003) and El Aura (2005). Her brother, Tomás Fonzi is also an actor in the Cinema of Argentina. She has worked with such directors as Marcelo Piñeyro, Daniel Burman, Damián Szifrón and Fabián Bielinsky

Description above from the Wikipedia article Dolores Fonzi, licensed under CC-BY-SA, full list of contributors on Wikipedia
2006 - The Aura