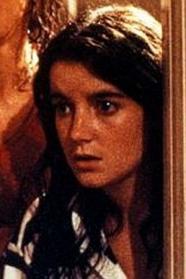 Dunne made appearances in several made for television movies, television series, and films, and played a supporting role as the oldest daughter, Dana Freeling, in the 1982 film Poltergeist. She was strangled to death by her former boyfriend.

Description above from the Wikipedia article Dominique Dunne, licensed under CC-BY-SA, full list of contributors on Wikipedia.
1982 - Poltergeist