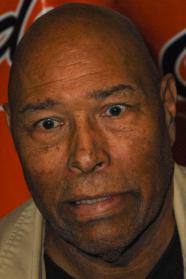 Colley was born in Klamath Falls, Oregon to Muriel and Pete Colley. He attended Klamath Union High School and actively played American football and athletics, which led to an unsuccessful try-out for the 1960 Summer Olympics. He later attended the University of Oregon and studied architecture.

Later, he became a theatre member and spent five years learning his craft in various productions in San Francisco.

Some of his better known roles include Gideon in Daniel Boone, Ongaro in Beneath the Planet of the Apes, SRT in George Lucas' THX 1138, and Sheriff Little in the 1980s TV series The Dukes of Hazzard.

Don Pedro has a daughter Kira Zuleka Zadow-Colley. He is now semi-retired and still makes guest appearances at various conventions across the world.