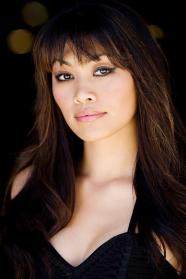 rea came from a family of singers and learned the art of performance through song.  After growing up singing on stage, she was introduced to acting through high school musical theater.  She fell in love instantly and caught the "acting bug."  She began formal acting training at Ramapo College of NJ and earned her Bachelor of Arts degree in Theater.  She most recently portrayed a Suicide Bomber in the 2012 film "Act of Valor."  Some of her projects include working on films such as  "I Think I Love My Wife" (opposite Chris Rock) and "Baby Mama" (opposite Sigourney Weaver and Tina Fey). Her directing debut with the film "The Unknown" starring John Fiore ("The Sopranos") won the Soul Special Recognition Award at the Boston International Film Festival. She is currently directing the feature film documentary, "Baldy for the Blind."
2012 - Act of Valor