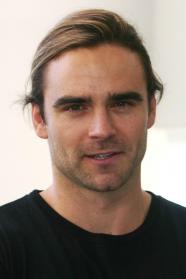 From Wikipedia, the free encyclopedia
Dustin Clare is a Logie Award winning Australian actor. He is best known for his starring role as Gannicus in the Starz mini-series Spartacus: Gods of the Arena and will reprise his role in Spartacus: Vengeance, and as Riley Ward on the series McLeod's Daughters.
Description above from the Wikipedia article Dustin Clare, licensed under CC-BY-SA, full list of contributors on Wikipedia.
2012 - The Eye of the Storm
2018 - Pacific Rim Uprising