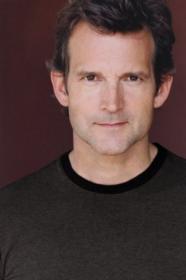 Dwier Brown (30 January 1959 in Norton, Ohio, USA), is an American film and television actor. He is appeared in a few horror films, of which "House" and "The Guardian" realised by The Exorcist's director William Friedkin, and appeared for several T.V., films and series.

Description above from the Wikipedia article Dwier Brown, licensed under CC-BY-SA, full list of contributors on Wikipedia.
1989 - Field of Dreams