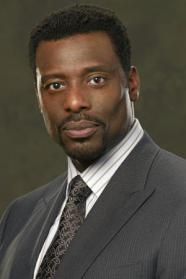 Eamonn Walker (born 12 June 1962) is an English film, television and theatre actor. In the United States, he is known for playing Kareem Said in the HBO television series Oz, for which he won a CableACE Award, and as Winston, the gay, black thorn in Alf Garnett's side in In Sickness and in Health and John Othello in the 2001 ITV1 production of Othello.
2000 - Unbreakable
2005 - Duma
2005 - Lord Of War
2008 - Cadillac Records