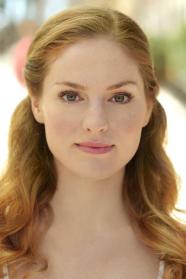 Ella Dershowitz graduated from Yale with an honors BA in theater. Her stage credits include Twelfth Night at Cape Cod's Payomet Theater and the off-Broadway production of A Splintered Soul. Her film and television credits include David Mamet's Phil Spector, Knife Fight, and Lie to Me.

She is also an actress and writer.

She is the daughter of lawyer and legal scholar, Alan Dershowitz.
TBA 2014 - Two-Bit Waltz