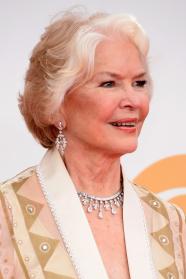 Ellen Burstyn  (born December 7, 1932) is an American actress, who has worked in film, stage and television. Her acting career began in theatre during the late 1950s, and over the next ten years, Burstyn appeared in several films and television series before joining the Actors Studio in 1967. She achieved recognition for her roles in The Last Picture Show (1971) and The Exorcist (1973), receiving Academy Award nominations for both performances. She won the Academy Award for Best Actress the following year for her work in Martin Scorsese's Alice Doesn't Live Here Anymore (1973). In 1975, she won a Tony Award for her work in the Broadway production of Same Time, Next Year, and received a Golden Globe Award and a fourth Academy Award nomination for her performance in the 1978 film version. Burstyn continued to work extensively since the 1980s, and was acclaimed for her performance in the film Requiem for a Dream, for which she received several critic's awards.