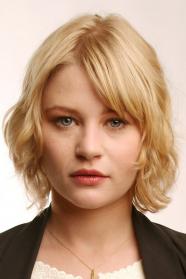 Emilie de Ravin (born 27 December 1981) is an Australian actress. She is commonly associated with her roles as Tess Harding on Roswell and Claire Littleton on the ABC drama Lost.

Description above from the Wikipedia article Emilie de Ravin, licensed under CC-BY-SA, full list of contributors on Wikipedia.
2006 - The Hills Have Eyes
2006 - Brick
2010 - Remember Me
2010 - The Perfect Game
2010 - Operation Endgame
2010 - Legend of the Guardians: The Owls of Ga’Hoole