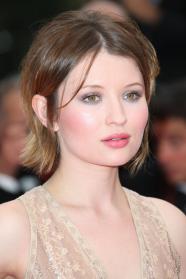 Emily Jane Browning (born 7 December 1988) is an Australian actress and fashion model, known for her role as Violet Baudelaire in the 2004 film Lemony Snicket's A Series of Unfortunate Events, as Anna Ivers in the 2009 film The Uninvited, and as Baby Doll in the 2011 action film Sucker Punch. She won the 2005 AFI International Award for Best Actress for her role in A Series of Unfortunate Events.

Browning won an AFI Young Actor's Award in 2002 and was nominated for the same award in 1999 and 2003. She was also nominated for Broadcast Film Critics Association Critics' Choice Award for Best Young Performer and Young Artist Awards Best Performance in a Feature Film, Leading Young Actress (both 2005).