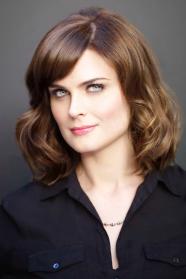 Deschanel is a vegan and a committed supporter of animal rights causes. She can be seen in an Access Hollywood video at the book launch event of Karen Dawn's Thanking the Monkey: Rethinking the Way We Treat Animals, discussing how vegetarian and vegan diets help the environment, and a video on the homepage of the book's website talking about the importance of animal rights. She collaborated with PETA on a video encouraging mothers to raise their children as vegans. Deschanel was raised Roman Catholic, but is no longer a Catholic, and has stated that she is now "more of a spiritual person, if anything" and an agnostic.Deschanel married actor and writer David Hornsby on September 25, 2010 in a small private ceremony in the Pacific Palisades area of Los Angeles.Deschanel gave birth to their son, Henry Lamar Hornsby, on September 21, 2011.
2004 - Easy
2005 - Boogeyman
2012 - The Perfect Family