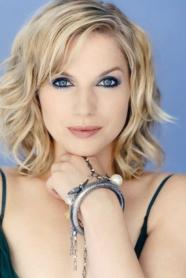 From Wikipedia, the free encyclopedia. Eva Birthistle (born 1974 in Bray, Co. Wicklow) is an Irish actress, best known for her role in Ae Fond Kiss. She won the London Film Critics Circle British Actress of the Year award in 2004 and has twice won the IFTA Best Actress in a Leading Role (Film) award.

Description above from the Wikipedia article Eva Birthistle, licensed under CC-BY-SA,full list of contributors on Wikipedia.
2004 - A Fond Kiss
2006 - Imagine Me & You
2014 - Life's a Breeze