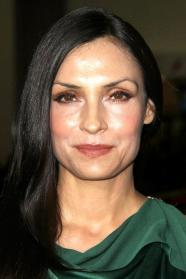 Famke Beumer Janssen (pron.: /ˈfɑːmkə ˈjænsən/; born 5 November 1965) is a Dutch actress, director, screenwriter, and former fashion model. She is known for playing the villainous Bond girl Xenia Onatopp in GoldenEye (1995), Jean Grey/Phoenix in the X-Men film series (2000–2013), and Lenore Mills in Taken (2008), and its sequel, Taken 2 (2012). In 2008, she was appointed a Goodwill Ambassador for Integrity by United Nations. She made her directorial debut with Bringing Up Bobby in 2011.