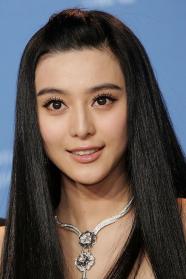 Fan Bingbing was born 16 September 1981 and raised in Qingdao, Shandong.

Fan rose to stardom for her role as Jin Suo in the Taiwanese TV sitcom Princess Pearl and its sequel in 1998. Fan starred alongside Andy Lau as cavalry chief Yiyue in the A Battle of Wits in 2006.[2] Fan also appeared on the Shanghai International Film Festival's red carpets in 2010. She is very famous in her native country - China
2012 - My Way
2012 - Sacrifice
2014 - X-Men: Days of Future Past