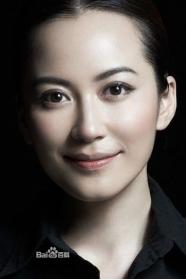 Feihong Yu is a young Chinese actress, best known to Americans for her highlight role in "The Joy Luck Club" as "Ying Ying", the young mother who drowns her baby after being betrayed by her husband. She was born in Hangzhou, Zhejiang Province, China. The daughter of nuclear engineers, Faye was trained from age six in Chinese Classical Dance. She enrolled in the Beijing Film Academy Acting Department in 1989. While on vacation in Shanghai from the Academy she was introduced to Wayne Wang and "The Joy Luck Club" production staff, who were on a location scout. Although they had not intended to cast anyone from mainland China, they were impressed by her talent, experience, and fresh good looks and gave her the role of the most tragic character in the film. The production brought her to the U.S. for the first time, because the role, although set in China, was shot in entirely in San Francisco. After "The Joy Luck Club" Faye appeared in the Hong Kong film "Tian Di" with star Andy Lau. She returned to Beijing at the invitation of her school to become an Assistant Professor. She moved to Los Angeles in late 1994 to establish herself for work in English language Motion Pictures and Television.
2008 - A Thousand Years of Good Prayers