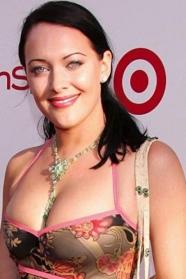 Mason was born in Sydney. She is also a writer and visual artist. Her work explores a variety of themes from identity to values within modern culture. Her works range from oil paintings, sculpture, mixed media, installation to video and film.

In 2001, Mason graduated from The Actors Workshop in Brisbane Australia. Mason attended Queensland College of the Arts, Griffith University. In 2002, Mason starred in the feature film, Undead directed by The Spierig Brothers. In 2003, Mason starred in the Sandalwood film titled Hollywood released in 2004. She was required to act and sing entirely in the Indian language – (dialect Kannada). The film was shot in both India and Australia. In 2005, Mason held a solo art exhibition titled "Chelsea a Mixed Bag", at Fox Gallery, Brisbane. In 2006, Mason created, wrote and starred in "Oralick Records", a comedy pilot series produced by NBC Universal, NYC. In 2008, Mason attended "The Arts Students League" in New York city. Mason held a one night only art exhibition titled "The Election Show" at a private venue in Soho, NYC. In 2010, Mason is the writer and producer of a surrealist short film titled "ShockArt".

Description above from the Wikipedia article Felicity Mason, licensed under CC-BY-SA, full list of contributors on Wikipedia.​
2005 - Undead