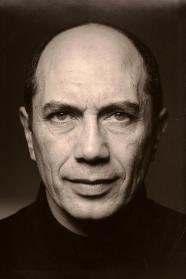 Born in Paris of Russian-Polish descent, he has had a career in European cinema and television since the early 1970s, and made occasional appearances in English-language films, notably as the Russian gangster "Mikhi" in Ronin, as Woody Allen's brother in Love and Death, and the recurring character of "Major Pierre Ducos" in the UK TV series Sharpe. Atkine is also a well-regarded voice artist, providing the voice of "Jafar" in the French version of Disney's Aladdin (1992). He also provides the French dub for Dr. Gregory House on House, M.D. and is the French narrator of the Law and Order series.

Description above from the Wikipedia article Féodor Atkine, licensed under CC-BY-SA, full list of contributors on Wikipedia.
2015 - The Connection