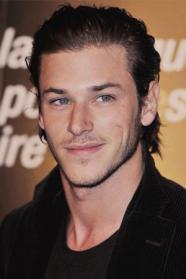 Gaspard Ulliel (born 25 November 1984) is a French film actor. He began appearing in made-for-television films during the late 1990s and early 2000s, and then began to be known as a film actor in France, as well as starring in the title role in the thriller Hannibal Rising.

Description above from the Wikipedia article Gaspard Ulliel, licensed under CC-BY-SA, full list of contributors on Wikipedia.
2004 - Strayed
2004 - A Very Long Engagement
2007 - Hannibal Rising
2011 - The Princess of Montpensier
2017 - The Dancer