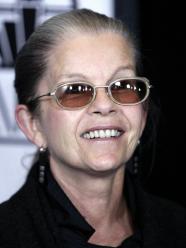 Geneviève Bujold (born July 1, 1942) is a Canadian actress best known for her portrayal of Anne Boleyn in the 1969 film Anne of the Thousand Days, for which she won a Golden Globe Award for best actress and was nominated for an Academy Award.

Description above from the Wikipedia article Geneviève Bujold, licensed under CC-BY-SA, full list of contributors on Wikipedia
1996 - The Adventures Of Pinocchio