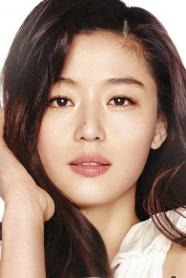 Jun Ji-hyun ( born October 30, 1981) also known as Gianna Jun, is a South Korean actress and model. She had her breakthrough role in 2001 as The Girl in the film My Sassy Girl which became the highest grossing Korean comedy of all time. Other notable films include Il Mare (2000) and Windstruck (2004).
2009 - Blood: The Last Vampire
2011 - Snow Flower and the Secret Fan