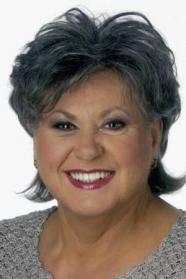 Ginette Reno, OC, CQ (born April 28, 1946) is a French-Canadian author, composer, singer, and actress. She is known by the nickname "La Reno".

Born as Ginette Reynault (some sources indicate Raynault) in Montreal, Quebec, she played the role of Maria Barberini in the independent film Mambo Italiano and played the mother in Léolo.

She has recorded in both English and French. Her biggest hit in English is the 1971 song "Beautiful Second Hand Man". Among her recordings is a French version of the Lynsey de Paul song, "Storm in a Teacup". She mostly performs in her native Quebec. During her four-decade career, she has recorded approximately 60 albums.

Description above from the Wikipedia article Ginette Reno, licensed under CC-BY-SA, full list of contributors on Wikipedia
2003 - Mambo Italiano