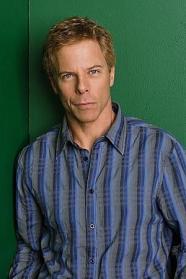 Gregory Andrew "Greg" Germann (born February 26, 1958) is an American actor. He played the roles of Richard Fish in the television series Ally McBeal, businessman Mattson from Child's Play 2 and the vet Laurence from Quarantine. He has also appeared in the Nickelodeon musical film Spectacular! and the Disney film Bolt.
2001 - Sweet November
2005 - Down And Derby
2007 - Self-Medicated
2008 - Quarantine
2011 - Flypaper
2011 - Answers to Nothing