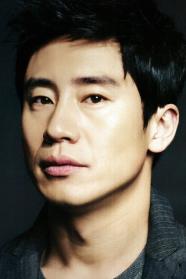 Shin Ha-kyun (Sin Ha-gyun) (born May 30, 1974) is a South Korean actor. He first trained as a stage actor at the Seoul Institute of the Arts, before transitioning to film and gaining national fame with his role as a North Korean soldier in Joint Security Area. After the success of JSA, Shin has appeared in many critically or popularly acclaimed roles, including parts in Guns & Talks, Sympathy for Mr. Vengeance and Save the Green Planet!.

Description above from the Wikipedia article Shin Ha-kyun, licensed under CC-BY-SA, full list of contributors on Wikipedia.
2005 - Sympathy For Mr. Vengeance