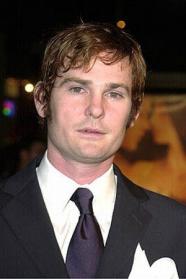 Henry Jackson Thomas, Jr. (born September 9, 1971) is an American actor and musician. He has appeared in more than 40 films and is best known for his role as Elliott in the 1982 Steven Spielberg film E.T. the Extra-Terrestrial.

Description above from the Wikipedia article Henry Thomas, licensed under CC-BY-SA, full list of contributors on Wikipedia.
1982 - E.T.: The Extra Terrestrial
1994 - Legends Of The Fall
2010 - Dear John
2016 - Ouija: Origin of Evil