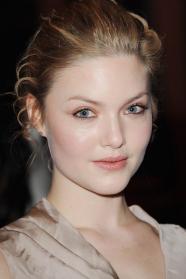 Holliday Clark Grainger (also credited as Hollie Grainger; born 27 March 1988) is an English screen and stage actress. Some of her prominent roles include Lucrezia Borgia in Showtime series The Borgias and Estella in Mike Newell's Great Expectations. In May 2010, Grainger was named one of the 55 faces of the future in Nylon magazine's Young Hollywood Issue.