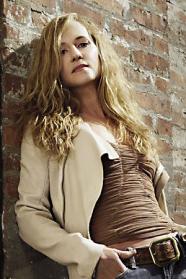 Holly Paige Hunter (born March 20, 1958) is an American actress. Hunter starred in The Piano for which she won the Academy Award for Best Actress. She has also been nominated for an Oscar for her roles in Broadcast News, The Firm, and Thirteen. Hunter has also won two Emmy Awards with seven nominations and has won a Golden Globe Award with another six nominations.