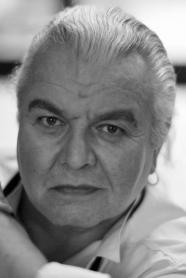 From Wikipedia, the free encyclopedia. Hugh Keays-Byrne (born 18th May 1947 in Kashmir, India) is an English character actor who moved to Australia in 1973. He is well-known in Australia as a television and film actor. Outside of Australia, he is best known for his role as a gang leader in the late 1970s Mad Max and, in the 2000s, for his role in the science fiction television series Farscape. He has been cast in George Miller's live action film adaptation of the Justice League.