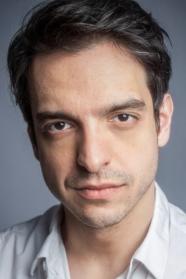 Ionut Grama (born December 12 1982) is a Romanian film, stage and voice over actor. He graduated from the National University of Drama and Film (UNATC) in Bucharest in 2007. At age 26, he recieved a nomination for Best Debut at the Romanian Association of Theatre Artists Awards for his performance as George in Edward Albee's Who's Afraid of Virginia Woolf?.

In 2014, Ionut attended Neil LaBute's Why Don't We Do It In The Road? workshop at Sibiu, Romania. He participated at the Sarajevo Film Festival Talent Campus in 2013.
2012 - The Devil Inside