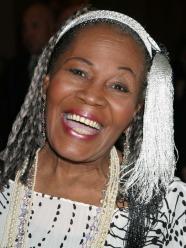 Irma P. Hall (born June 3, 1935) is an American actress who has appeared in numerous films and television shows since the 1970s. She is best known for playing matriarchal figures the films A Family Thing, Soul Food and The Ladykillers.

Description above from the Wikipedia article  Irma P. Hall, licensed under CC-BY-SA, full list of contributors on Wikipedia.
blog comments powered by Disqus