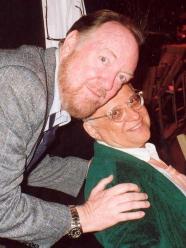 Haley was born in Los Angeles, the son of actor Jack Haley and his wife Florence. He was best known as the director of the 1974 compilation film That's Entertainment! and as the husband of Liza Minnelli, who was the daughter of Haley's father's co-star in The Wizard of Oz, Judy Garland.

Haley's other credits include producer and executive producer of Academy Awards presentation shows, and director of the 1971 film The Love Machine.

Description above from the Wikipedia article Jack Haley Jr., licensed under CC-BY-SA, full list of contributors on Wikipedia.​
1939 - The Wizard Of Oz