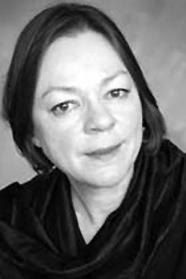 Jacqueline Tong (born 21 May 1951) is an English actress who is best known for playing Daisy Barnes in the period drama Upstairs, Downstairs from 1973 to 1975. In 1975, she was nominated for Outstanding Supporting Actress in a Drama Series in the Primetime Emmy Awards.

Description above from the Wikipedia article Jacqueline Tong, licensed under CC-BY-SA, full list of contributors on Wikipedia.
2009 - Angel