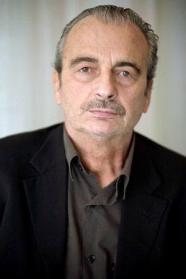 Jacques Nolot was born on 31 August 1943 in Marcillac, France and is a well known stage and character actor whose first feature film L'arrière pays (1998) won the First Film Special Distinction Award at the Montreal World Film Festival and a FIPRESCI Special Mention Award at the Venice Film Festival both in 1998. It earned a nomination for Best New Director of a Feature Film at the César Awards in 1999.
2018 - Ismael's Ghosts