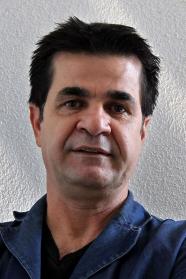 Jafar Panahi (born July 11, 1960 Meyaneh, East Azarbaijan) is an Iranian filmmaker and is one of the most influential filmmakers in the Iranian New Wave movement. He has gained recognition from film theorists and critics worldwide and received numerous awards including the Golden Lion at the Venice Film Festival and the Silver Bear at the Berlin Film Festival.

On 20 December 2010, Jafar Panahi was handed a six-year jail sentence and a 20-year ban on making or directing any movies, writing screenplays, giving any form of interview with Iranian or foreign media as well as leaving the country.