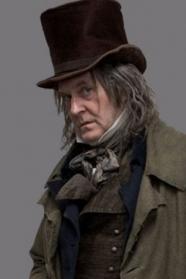 ​James Edward Fleet (born 1954) is an English actor. He is most famous for his roles as the bumbling and well-meaning Tom in the 1994 British romantic comedy film Four Weddings and a Funeral, and the dim-witted Hugo Horton in the BBC situation comedy television series The Vicar of Dibley.

Description above from the Wikipedia article James Fleet, licensed under CC-BY-SA, full list of contributors on Wikipedia.
2006 - Tristram Shandy: A Cock And Bull Story
2016 - Love & Friendship