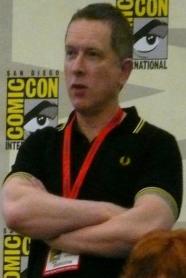 James Dale Robinson is a British writer of comic books and screenplays who is also known for his interest in vintage collectibles and memorabilia. His style is described as smart and energetic, built upon his vast knowledge of obscure continuity from the period known to fans and historians as the Golden Age of Comic Books. His revival of stories that rely on and reworked continuity has greatly affected DC Comics, amongst other publishers, and led to the revival of the Justice Society of America.

Description above from the Wikipedia article James Robinson, licensed under CC-BY-SA,full list of contributors on Wikipedia.
1995 - Braveheart