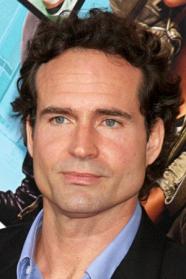 Jason Patric (born June 17, 1966) is an American film, television and stage actor. He may be best-known for his roles in the films The Lost Boys, Sleepers, Your Friends & Neighbors, Narc, The Losers and Speed 2: Cruise Control. His father is the actor/playwright Jason Miller. Patric is the maternal grandson of Jackie Gleason.