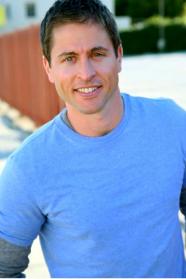 Jason grew up just outside of Chicago. A talented athlete, Jason almost became a professional baseball player. Instead, he came out to Los Angeles to pursue an acting career. Discovered by filmmaker David DeCoteau and flown to Romania for a small part in the horror hit Witchouse. DeCoteau was so impressed with Faunt's work that he offered him the lead on his next movie Totem right on the set.
2007 - Shortcut to Happiness