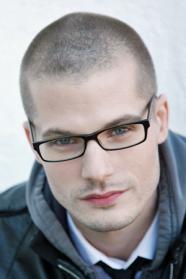 Jay Brannan is a US actor, singer and songwriter. A Texas native turned New Yorker, Jay Brannan has been writing and performing his own sweet & sad folk songs, tempered with a healthy dose of humour, around the globe since 2006.

He appeared as an actor in John Cameron Mitchell’s indie film sensation "Shortbus", in which his song “Soda Shop” was the highest selling song on the film’s soundtrack album (released by Bright Eyes’ Team Love Records).