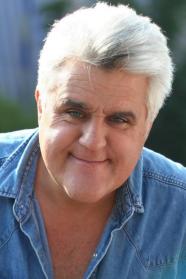 From 1992 to 2009, Leno was the host of NBC's The Tonight Show with Jay Leno. Beginning in September 2009, Leno started a primetime talk show, titled The Jay Leno Show, which aired weeknights at 10:00 p.m. (Eastern Time, UTC-5), also on NBC. After The Jay Leno Show was canceled in January 2010 amid a host controversy, Leno returned to host The Tonight Show with Jay Leno on March 1, 2010.

Description above from the Wikipedia article Jay Leno, licensed under CC-BY-SA, full list of contributors on Wikipedia
2006 - Ice Age: The Meltdown
2008 - Igor