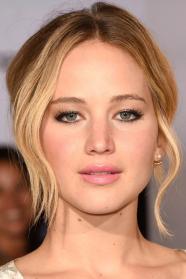 Lawrence is also known for playing Raven Darkhölme / Mystique in the 2011 film X-Men: First Class, a role she will reprise in X-Men: Days of Future Past in 2014. In 2012, she achieved international recognition starring as the heroine Katniss Everdeen in The Hunger Games, an adaptation of Suzanne Collins' best-selling novel of the same name. Her performance in the film garnered her notable critical praise and marked her as the highest-grossing action heroine of all time.

Lawrence's performances thus far have prompted Rolling Stone to call her "the most talented young actress in America." In 2013, Time named her one of the 100 most influential people in the world.