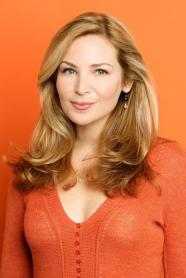 Jennifer Westfeldt (born February 2, 1970) is an American actress and screenwriter known for the hit 2001 independent film Kissing Jessica Stein, which she co-wrote with Heather Juergensen and in which the two women starred.

Description above from the Wikipedia article Jennifer Westfeldt,  licensed under CC-BY-SA, full list of contributors on Wikipedia.
2007 - Ira and Abby
2012 - Friends with Kids
2018 - Can You Ever Forgive Me?