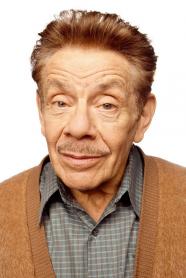 He spent many years in the comedy team Stiller and Meara with his wife Anne Meara. Stiller and Meara are the parents of actor Ben Stiller (with whom he co-starred in the movies Zoolander, Heavyweights, Hot Pursuit and The Heartbreak Kid), and actress Amy Stiller.

Description above from the Wikipedia article Jerry Stiller, licensed under CC-BY-SA, full list of contributors on Wikipedia.
2004 - Teacher's Pet
2007 - The Heartbreak Kid