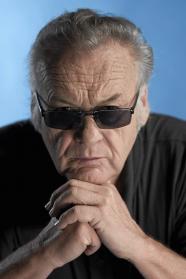 Jerzy Skolimowski (born May 5, 1938) is a Polish film director, screenwriter, dramatist and actor. A graduate of the prestigious National Film School in Łódź, Skolimowski has directed more than twenty films since his 1960 début Oko wykol (The Menacing Eye). He lived in Los Angeles for over 20 years where he painted in a figurative, expressionist mode and acted occasionally in films. More recently, he returned to Poland, and to film making as a writer and director after a 17 year hiatus with Cztery noce z Anną (Four Nights With Anna) in 2008.

Description above from the Wikipedia article Jerzy Skolimowski, licensed under CC-BY-SA, full list of contributors on Wikipedia.
2007 - Eastern Promises