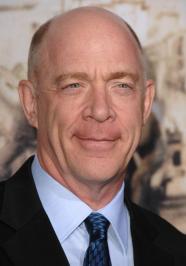 Jonathan Kimble "J. K." Simmons (born January 9, 1955) is an American actor. He is perhaps best known for his roles on television as Dr. Emil Skoda in NBC's Law & Order (and other shows in the Law & Order franchise), Assistant Police Chief Will Pope in TNT's The Closer, neo-Nazi Vernon Schillinger in the HBO prison drama Oz, on film as J. Jonah Jameson in the Spider-Man franchise, as Mac MacGuff in Juno, and as the voice of Cave Johnson in Portal 2.

Description above from the Wikipedia article J.K. Simmons, licensed under CC-BY-SA, full list of contributors on Wikipedia.
2006 - Thank You For Smoking