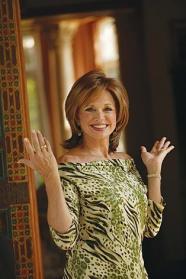 Jo Ann Pflug is an American actress that was born May 2nd, 1940 in Atlanta Georgia. Her first major role was as the Army Nurse Lt. Maria "Dish" Schneider in the military based TV series M.A.S.H.

After becoming a born-again Christian in the late 1990's, she retired from acting in 1997 and currently works as a motivational speaker.
1970 - MASH