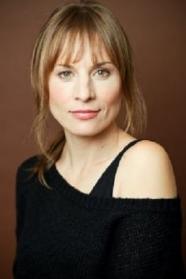 Joanne attended York University and also the Randolph Academy for performing arts. Her first role on film was in "The Mitchell Brothers" directed by Emilio Esteves, from there she went on to various film and television projects including a 2 1/2 year stint on "Train 48", an improvised daily drama. She lives in Toronto with her husband Dylan and son Kaden. She also plays with the band "The Elastocitizens".
2019 - American Hangman